We regret to announce that the May 9 concert is cancelled due to the coronavirus emergency. We look forward to presenting our annual Christmas concerts on December 19 and 20 and we thank you for your support of Renaissance Voices.

Renaissance Voices was founded in 1995 by a group of Maine singers on tour in London. The original idea for a small, auditioned, Portland-based chamber ensemble still guides our choices today. Although our emphasis is the a cappella performance of early European music, in recent years we have broadened our repertoire to include other origins and periods, especially the 20th and 21st centuries. Every season we find and present music by women. We are a non-profit organization. Our full complement of 21 singers was reached under the direction of Dr. Marion Anderson of Bates College in 1998, and in December of the following year Renaissance Voices appeared live on Maine Public Radio. Harold Stover accepted the baton in 2000. Please read his biography below. 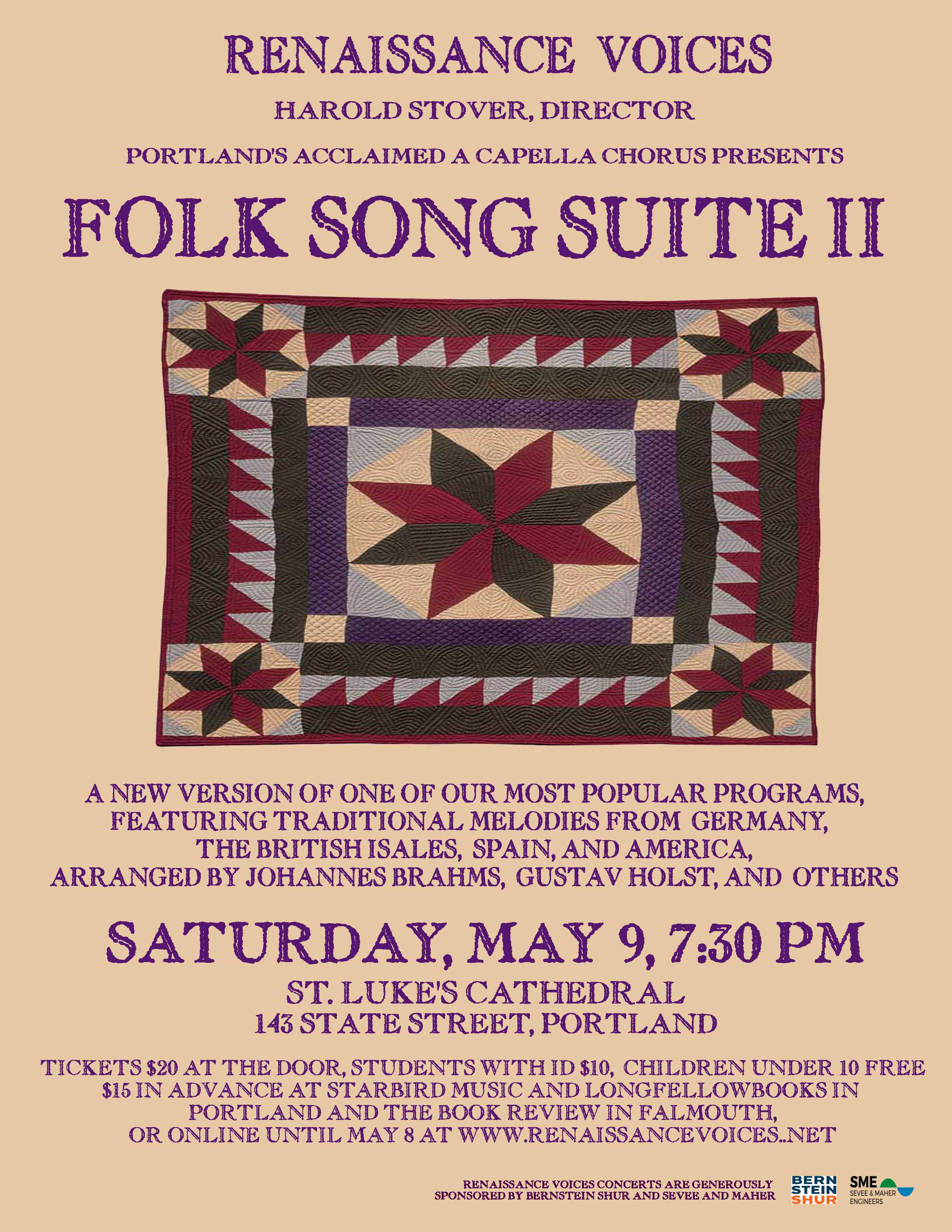 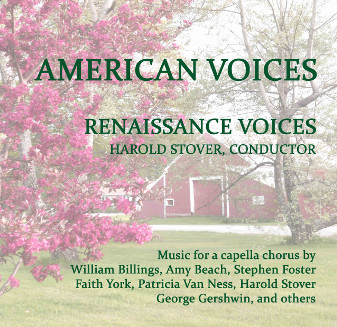 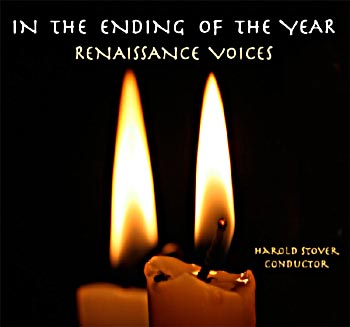 Harold Stover was born in Latrobe PA in 1946. He was graduated from the Juilliard School in New York, NY, in 1969 with a major in organ, having also previously attended Carnegie-Mellon University in Pittsburgh, PA. His principal teachers were Vernon de Tar, John R. Lively, Robert Ivey, and Donald G. Wilkins in organ and church music, Nikolai Lopatnikoff and Carlos Surinach in music theory, compositions, and orchestration, and Abraham Kaplan and Richard Strange in choral and orchestral conducting. In addition to his degree studies, he pursued independent studies at Westminster Choir College in Princeton, NJ and the New School for Social Research in New York City.

From 1968 to 1992 he served as Organist and Choirmaster of Second Presbyterian Church in New York City, where he directed the church’s amateur and professional choirs and was founder and director of the “Music at Second” concerts, which presented a wide variety of choral, instrumental, and keyboard music, including many first performances of new works. In 1986 the church’s music program was the subject of an hour-long profile on the nationally syndicated radio program IBM Salute to the Arts. During this time, he also served as Director of Music of the Alexander Robertson School, a private elementary school in New York, and as organist of the St. Andrew’s Society of the State of New York.

He has played organ recitals to critical acclaim in both the US and Europe, appearing in many distinguished church recitals series including those of the Riverside Church and St. Bartholomew’s Church in New York, the National Cathedral in Washington, DC, Westminster Abbey in London, St. Mary’s Cathedral in Edinburgh, and many others. His concert hall organ recitals include appearances at the Chautauqua Institution in Chautauqua, NY, Longwood Gardens in Kennett Square, PA, the Methuen Memorial Music Hall in Methuen, MA, and Merrill Auditorium at City Hall in Portland, ME. The New York Times called his playing “splendid” and praised his “multiplicity of talents” as both performer and composer. He has been featured in both capacities in seven appearances on Pipedreams, American Public Media’s nationally-syndicated program of organ music, and on Albany Records’ CD An American Album. He has frequently appeared as organist in a variety of orchestral and chamber ensembles, including concerts with the New York Philharmonic.

His compositions include keyboard music, choral and vocal music, chamber and orchestral music, electronic music, and two film scores. His music has been published by Boosey & Hawkes, E. C. Schirmer, Belwin-Mills, MorningStar, and Triune presses, and has been recorded on the Albany, ACA, Triangle, and Table Eight labels. In 1986 his Triptych on the Name of Bach was one of the prize-winning entries in the international compositions competition held at Southern College, Collegedale, TN. His liturgical music has been widely performed by choirs across America.

He holds the Choirmaster Certificate (ChM) from the American Guild of Organists. He served two terms as Sub-Dean and two terms as Dean of both the New York City and Portland, ME chapters of the Guild. In 1989 he was chairman of the New York City chapter’s “Organists Against AIDS” benefit, and twice served as chairman of that chapter’s Presidents’ Day Conference. His writings on organ and church music have been published in The American Organist, The Diapason, The New England Organist, Reformed Liturgy and Music, and The Tracker music journals, and he has been featured as performer, composer, and lecturer at both regional and national conventions of the AGO.

He is a member of the American Society of Composers, Authors, and Publishers (ASCAP), the Organ Historical Society, Phi Mu Alpha Sinfonia honorary music fraternity, the Maine Composers Forum, and the American Music Center, and serves on the Advisory Board of the Friends of the Kotzschmar Organ, Inc. He was listed in The International Who’s Who of Music and Musicians in 1984 and in 1989 was named an Anniversary Associate of the Albert Schweitzer Fellowship.

He lives in Hollis, Maine, with his wife Elizabeth. They have two daughters, Alice and Lucy. 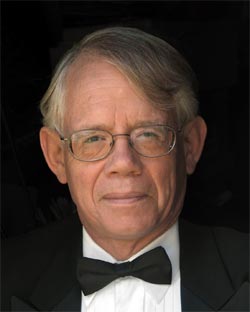 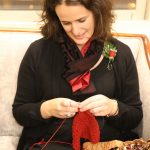 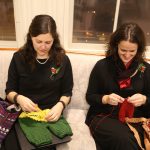 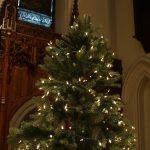 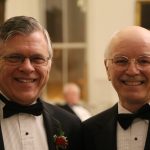 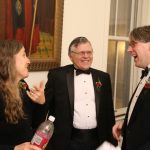 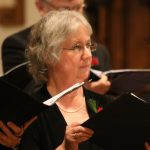 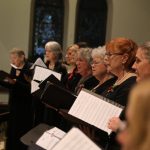 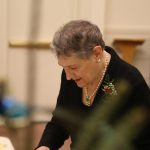 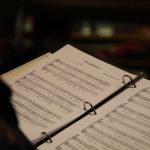 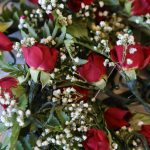 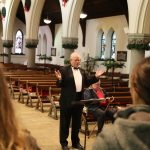 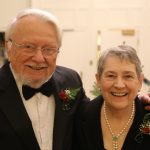 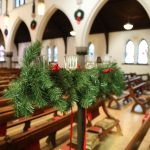 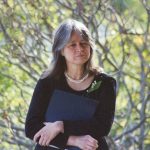 Director Harold Stover is always eager to hear prospective new members to fill vacancies as they occur. To arrange an audition, please get in touch with Harold via the contact form below and indicate what voice part you sing and what your previous choral experience is. He looks forward to hearing from you!